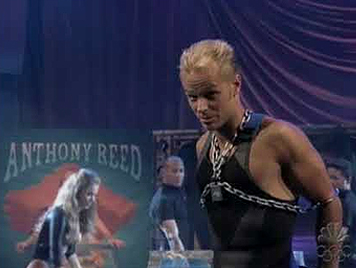 The Magic of Anthony Reed

Master Magician and Illusionist Anthony Reed is no stranger to audiences all over the world including Guam, Saipan, Bangkok, Singapore, Malaysia and across the US in the cities of Las Vegas, Reno, Atlantic City, Tahoe, Cincinnati, and Branson and has performed thousands of stunning shows for decades. He has also received international acclaim and is recognized as one of the most exciting performers in the world today.

He has also made jaw-dropping appearances on NBC’s hit television shows “America’s Got Talent” and “World’s Most Dangerous Magic.”